The first step of the puzzle is to solve the Masyu variant, simply using the black circles, white circles and red hearts. Here is the solved grid. 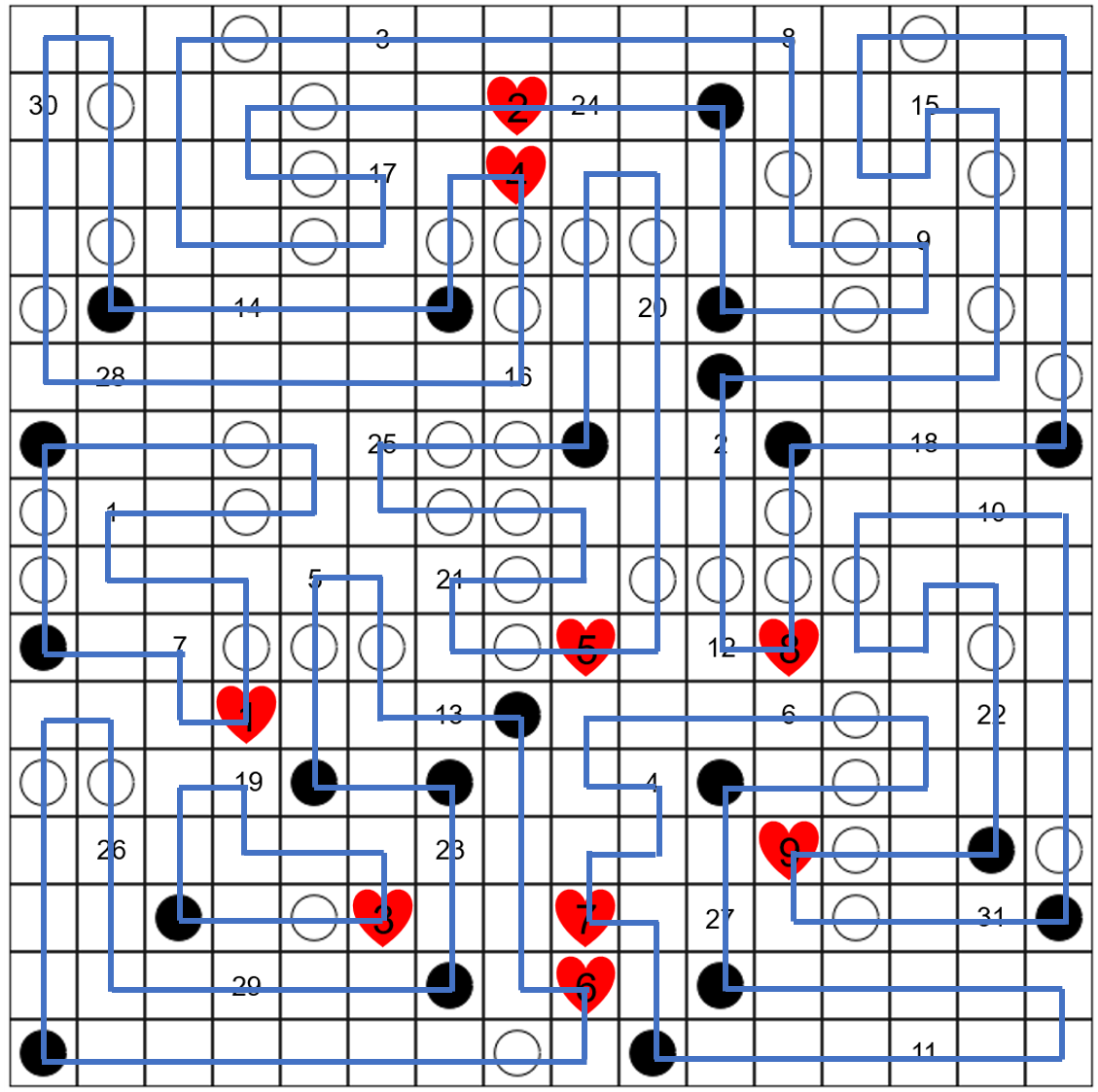 The next step is to solve the clues. In the flavor text, “wild smells” and “link” clues us into the fact that this puzzle is about The Legend of Zelda: Breath of the Wild. Each of the statements clue a particular, unique ingredient used for cooking in the game. This can be inferred from the fact that some of these items are described as plants, mushrooms, flowers and seasonings. The statements mostly refer to the in-game descriptions of these items, but some also reference the ingredient’s uses (such as in dyes), armor upgrades or quests. The cluelist is in alphabetical order.

Since every cell in the grid is used, we can group up the ingredients by the number of the loop they lie on (each group is unordered, given by the fact that we do not have a direction or starting point for each loop). The enumeration gives us an ordering.

At this point it is important to notice that each group of ingredients makes a valid recipe in the game, since each in-game recipe has between 1 to 5 ingredients. Further, the order of added ingredients does not affect the resulting dish. This means each loop represents a type of dish. As clued by the use of hearts in the grid to enumerate each loop, we also should keep track of the number of hearts that each dish restores when cooked. (Cooking effects and additional yellow hearts are not relevant for this puzzle as none of the dishes produced have either.)

The number of hearts is determined by the particular ingredients used, so it is most helpful to find a list of cooked ingredients and their heart contributions (for example, this list). It is somewhat tedious to compute by hand, but there are also online tools available that automate this (for example, the Guide of the Wild reference site). Doing so, we notice that every dish restores an integer number of hearts, which we can use as an index into the name of the meal. With that, we find that after helping the unknown friend in need, you decided to eat an ACAI LUNCH.

This was the first non-meta puzzle to be written for this hunt! I am fairly happy with how it turned out. There are many things that could be improved about this puzzle such as finding a more elegant way to integrate the ingredients with the logic puzzle or making the two sections of the puzzle less independent, but I think it ended up being okay.

I also decided to throw in a little easter egg for those who have played BotW – did you figure out who was manning the refreshment stand?